I realize pictures are really important in conveying the feel of a place (duh!) so this post is going to show you what Dar es salam looks like. Well, parts of it 🙂 These pictures, as you can guess, were taken just before the plane landed at the lush green airport….

Quite green, huh? Oh, you ain’t seen nothin’ yet. Wait till I blog about the drive from Dar es Salam to Morogoro and Mikumi…

But for now, dear readers, here’s the view as seen from a deck-chair near the horizon pool at the fabulous Kilimanjaro Kempinski. It overlooks a harboured inlet where ferries ply the waters to and from nearby islands, and even ones as far as Zanzibar. The thing that struck me most during my entire two-week stay in Tanzania had to be the sky. Hmmm…..that could be a whole other post….

For now, suffice it to say that I spent a lot of my time cloud-gazing 🙂 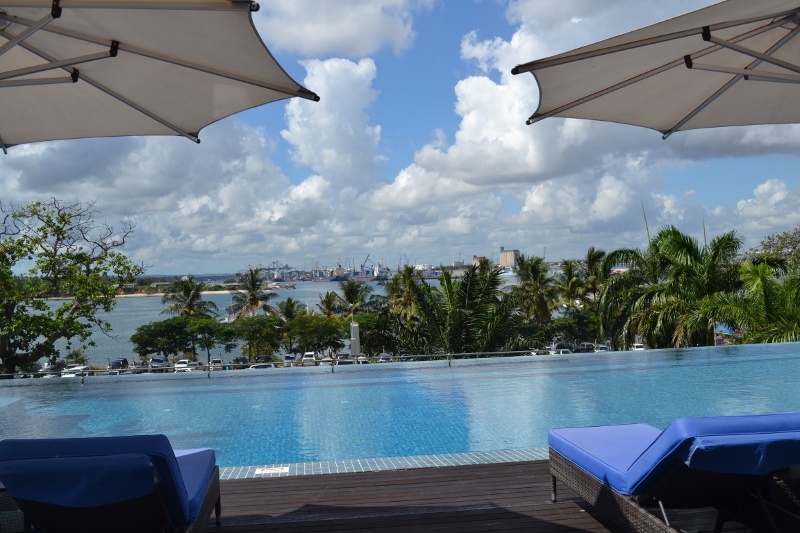 After spending a lazy afternoon doing just that, it was necessary to go forth and explore the area around the hotel. I trudged out in sneakers with my Nikon D3100 (I hadn’t even learned to use it properly apart from pointing and shooting yet!) slung around my neck and Huz by my side and this is some of what I saw…

One of the easiest ways to mark yourself out as a tourist, cos’ no one else walked around with a humungus camera around THIS area. I got quite a few curious stares and not too many smiles, but I marched on intrepidly nevertheless. People weren’t too happy about being photographed, though I found Tanzanian faces to be striking in their features, and by the time I spotted these three kids standing in the middle of the road, smiling and waving and asking to be photographed, I had got the vaguest impression that the locals were either unfriendly or indifferent.

And who WERE these women? Where were they going? What did they do? I didn’t dare let on I was taking a picture of them, lest I offend their sensibilities. 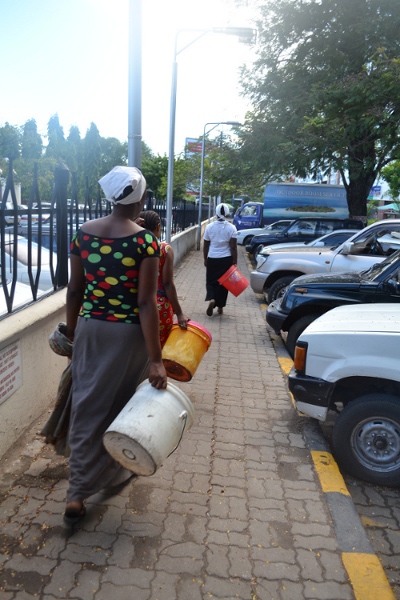 And no, I didn’t sample the octopus with pili pili. I’m at once attracted and repelled by the sight of this tentacled edible creature of the sea, but can’t imagine giving it a shot, not even in the fanciest restaurant, let alone from a guy selling it on the streets :p 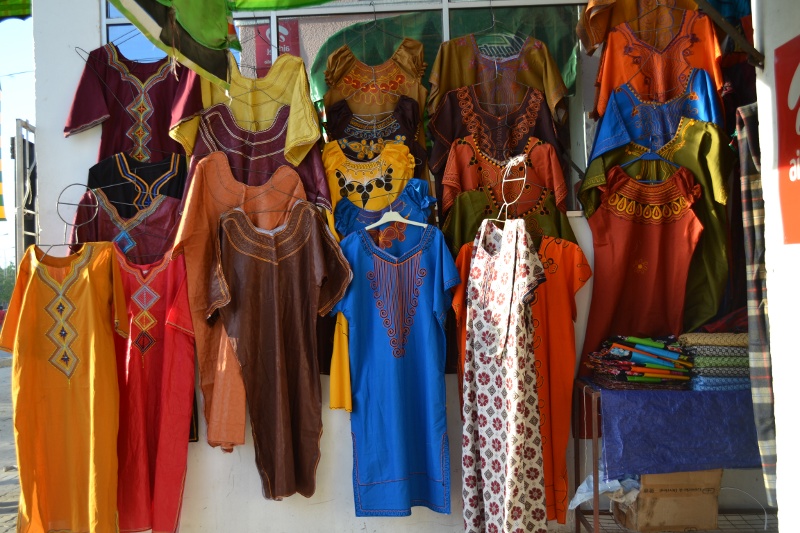 But this, and I’m sure you’ll agree with me, was the freakiest coincidence. Of all the places, Godfrey had to stop (on our way out of Dar es Salam) to find a cobbler to mend Huz’s shoe (the sole was coming loose) it had to be outside this shop. And no, we didn’t buy anything there. 😛 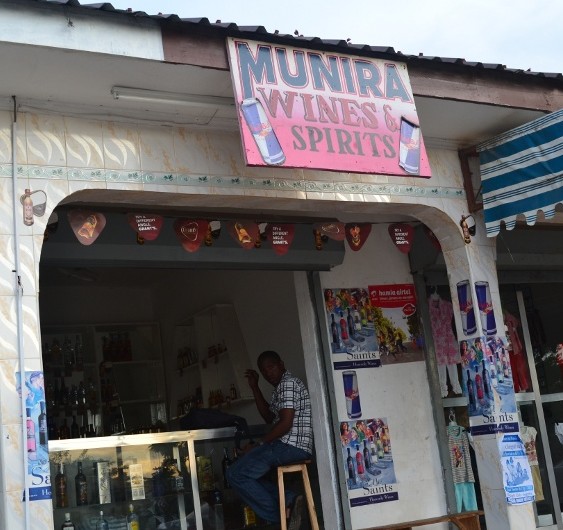