I didn’t divulge too many details in my previous post about the Shigar Fort Residence, where we stayed for the three memorable days we spent in Shigar, because I was saving them for this piece that I’m setting out to write/showcase. The photos should speak for themselves as far as the guesthouse is concerned, but the picture wouldn’t be complete without a historical perspective. So here goes… 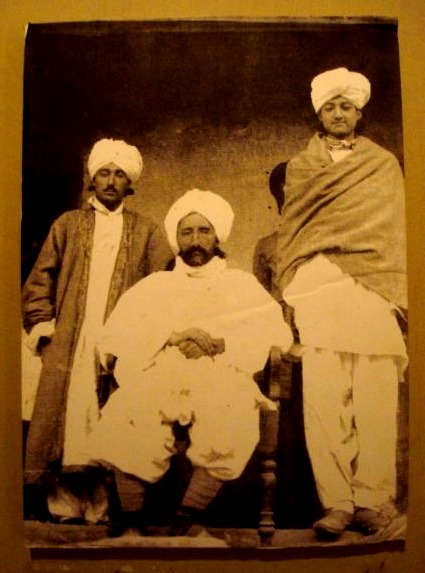 ”The original Shigar Fort Palace was known as Fong-Khar, which in the local Balti language means, ‘Palace on the Rock’. Raised on a rocky pinnacle at the foot of the Karakoram Mountains, a part of the Himalaya, it was built in the early 17th century by Raja Hassan Khan, the 20th ruler of the Amacha Dynasty. It remained the home for 33 generations of the Amacha Dynasty until the latter day Rajas lost their wealth and grandeur and the Palace started to fall into disrepair. 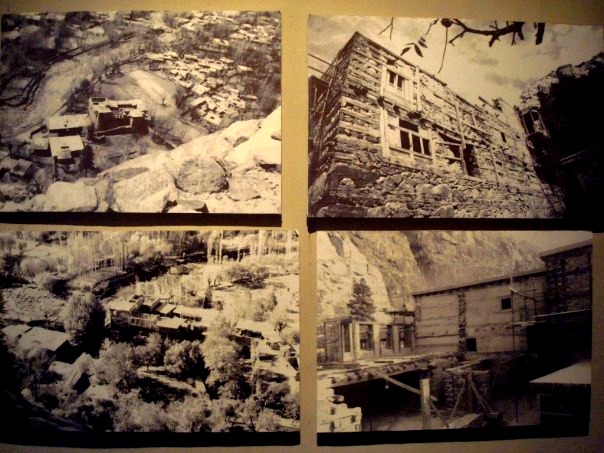 pictures on a wall of restorative work in progress…

It was not until the mid 20th century that the Amacha family finally abandoned their ancient home, electing to build a modern palace in a more accessible position. In 1999, the reigning Raja of Shigar, Sahib Mohammad Ali Shah Saba, bequeathed the Fort to the people of Baltistan, while the Aga Khan Trust for Culture undertook the daunting task of restoring it. After five years of painstakingly researched traditional construction and embellishment, and at a cost of $1.4 million USD, the Fort was finally restored to its former glory; every detail of its architecture and decoration having been reconstructed as an exact copy of the original.

Thanks to the AKTC, the local community only stands to gain from the promotion of tourism. Using local labour and skills generates income within the people of Shigar and facilitates their training and education in the tourism industry.

But the best thing that could happen is that the reincarnated hotel has set an example for a novel form of tourism (in Pakistan at least) where the appreciation for a living culture has been beautifully juxtaposed with the preservation of an ancient heritage, since it doubles as both a museum AND a luxury hotel. Past meets present amid the creature comforts of a modern world. 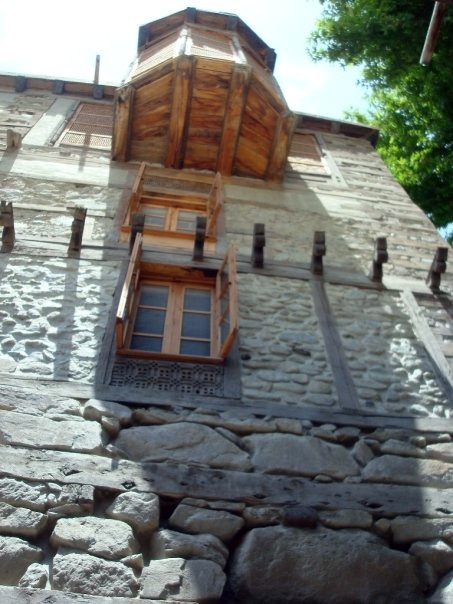 We were given a grand tour by a polite and friendly guide by the name of Shabbir. He was a local Balti, but we were surprised to learn that we had something in common with him as he had lived in Karachi for some time when he went to college there. His job here was to show us around the main heritage building and talk to us about history, religion, the architecture of Fong-Khar and the art and craft that embellished it. Huz was fascinated to learn that Shabbir was a practising Sufi, and that most of the local people upheld a Naqshbandi Sufic belief system. 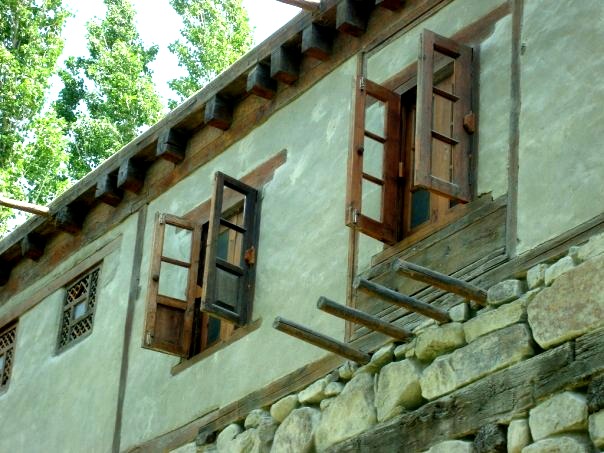 (All the pictures have been taken by me, the author of this blog)

Last summer(May-June ’09) we took a trip up north with my cousin Sheroo+hubby and kids. First stop was Islamabad, and from there onwards to the Shigar valley in Baltistan (Land of Mountains)

But first we had to cross the ruggedly majestic mountain ranges, in the little PIA plane….

..until we arrived at the valley of Skardu.

We got off the plane awe-struck. Coming from the flat coastal plain of Sindh, mountainous landscape such as we had just witnessed made Sheroo and I a tad weepy at the sheer glory of it all. The Karakoram was, after all, just a stone’s throw away, and we DID happen to be in the neighbourhood of some of the highest peaks of the world.

From the airport we were driven in a small coaster past Skardu, which is the capital of Baltistan, and a major hub for mountaineers on their way to climb K-2 or the Gasherbrums. The road was long, but the landscape was breathtaking and the air was fragrant with the scent of trees. We absorbed everything, while chatting with a Canadian couple and an Austrian man who travelled to Shigar with us.

The Shigar Fort Hotel turned out to be as beautiful as we had expected, but eager to start exploring the surroundings, we walked down to the village to see for ourselves the girls school set up by Greg Mortensen (of ‘Three Cups of Tea’ fame). We were followed by little local kids. They were beautiful and rosy-cheeked, an endearing combination of friendly yet shy.

When we returned, it was too dark to really explore the hotel, so we freshened up, had a nice dinner in the quaint hotel restaurant (a converted horse stable), absorbed the refreshing chill of our first night in Shigar, and went to bed soon after.

The next day we walked down to the river. It was a good long walk, but the kids were sporty about it. Over the bridge….

….and under the bridge ran the silt-laden river, glacial water straight off the surrounding mountains. Painfully cold.

The expedition was followed up by lunch in a village restaurant that was largely non-operational due to the fact that it wasn’t tourist season yet. But they managed to conjure up some chicken curry and daal and mixed vegetables for us. We munched cookies while we waited, and didn’t forget to share some with the little village kids who seemed to have adopted us for the day.