Once upon a time, Zanzibar was ‘one of the most important trading centres in the Indian Ocean region’, and Stone Town (or Mji Mkongwe as it is called in Swahili) was the capital of the Zanzibar Sultanate. It flourished with the commerce of spices and slaves.

Stone Town is a city of prominent historical and artistic importance in East Africa. Its architecture, mostly dating back to the 19th century, reflects the diverse influences underlying the Swahili culture, with a unique mixture of Moorish, Arab, Persian, Indian and European elements. For this reason, the town has been included in UNESCO’s World Heritage Sites in 2000.

Due to its heritage, Stone Town is also a major tourist attraction in Tanzania, and a large part of its economy depends on tourism-related activities.

Lulu ben was born and bred and lived in Karachi until a man from Zanzibar proposed to her and she said yes, which is how Fate led her to an island in the middle of the Indian Ocean, into a vertical house right in the middle of the crowded, narrow alleyways of the labyrinthine Stone Town. This is where she spent the next 20 years or so of her married life, raised a family of six children, and where her husband continued to stay and run his business from a shop under the house, even after she decided she could no longer bear the claustrophobia…

Now she lives in Dar es salam, all the children are married (save one who is due to be married next year) ….grandchildren abound.

She visits her husband in Zanzibar weekly, and it just so happened that she had Tina and I with her this time. He is recuperating from the shock of undergoing a major surgery recently, and Lulu ben made a beeline for her old house, weaving her way expertly through the alleys, pointing out some historically significant buildings along the way.

I clicked away, my shirt stuck to my back, juggling my bags, my cap and my camera. It was a super hot and very sunny day, and I wished I was wearing shorts and a sleeveless t-shirt instead of the ridiculous outfit I had chosen for myself for the expedition. I had heard that Zanzibar had more of a Muslim/Arab influence, so I thought I’d be better off erring on the side of conservatism. 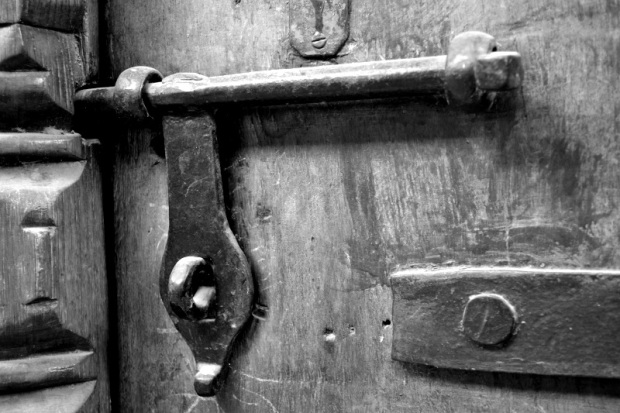 We continued walking through the convoluted alleys, me stopping to click interesting views and things and getting lost periodically. I was scared once when I couldn’t figure out which lane Lulu ben and Tina had veered into in our search for the Anglican Church. A boy approached me and we exchanged jambos and he asked what I was looking for. I told him I was looking for the people I was with and he suggested I turn left and follow the road. I did as he said, doubtfully, feeling afraid of coming to a dead end where I would then be conveniently mugged. To my relief, as I turned a corner, I finally caught up with the ladies.

But it was a bit creepy…

Soon we reached Lulu ben’s house. We walked through a small shop that sold a variety of hair accessories and an assortment of other goods, manned by two very old, frail-looking ladies in ridas. They were Lulu ben’s husbands sisters, and she greeted them warmly as they smiled and welcomed us in.

It was really dark inside, and she told us to be careful on the steps as we went upstairs. It reminded me of being in one of those really old buildings in the old parts of Karachi….only different.

I finally met the elusive Mr Lulu ben. His name is Saifuddin, and we found him sitting quietly by himself on a chair in his bedroom, lost in thought. Lulu ben met him affectionately and introduced us, and while they talked and caught up with each other, Tina sat on the edge of a bed while I looked around curiously. This picture on the wall caught my eye.

She took us further up the stairs to show us the rest of the house and I found the layout to be so unusual…. and interesting. Lulu ben had often felt so cooped up here, especially with so many kids. It would get gloomy and stifling inside, I’d imagine.

She showed us the door which lead to the terrace roof, where she would get some light and some fresh air and I pictured her having tea while the kids ran around….

But the door was locked, so unfortunately, we didn’t get to see the view.

View all posts by Munira